Thanks so much to the Independent Publisher Book Awards (IPPY) for giving THE VATHIRIEL BLADE a bronze medal in the category of BEST SCI-FI/FANTASY/HORROR E-BOOK for 2017!


Like sad stories? This one isn't fiction...
Posted by Unknown at 6:46 AM No comments:

The Road to Rovemere Unveiled

I am very proud to announce my latest novel, The Road to Rovemere, now available on Kindle and soon to be available in paperback from CreateSpace. Take a look at a preview of the first few chapters here. The Road to Rovemere is the first novel in The Legacy of Lomedae. Read the whole novel for free if you have Kindle Unlimited via the Kindle Lending Library. 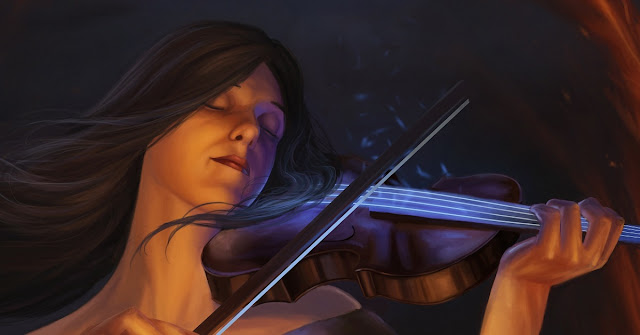 Posted by Unknown at 1:55 AM No comments:

Posted by Unknown at 1:32 PM No comments:


This goes on in Downtown Berkeley June 4th & 5th. 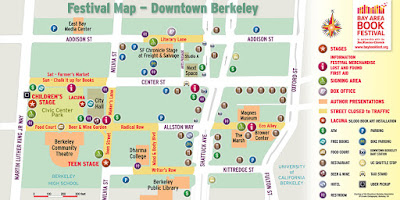 Posted by Unknown at 9:36 PM No comments: 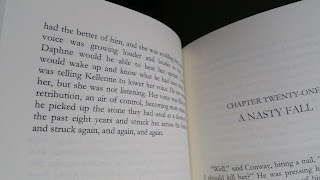 There are many novel contests out there.  Most are either pointless or scams or both. Very few of them are worth the time or money of a busy author.  To be worthwhile they have to offer the author a return on investment.  Monetary prizes are fine, but most serious writers want credibility and recognition that will boost reputation and lead to sales, and contests that can deliver on this are few and far between.

If you know of other contests or awards that are worthwhile, I'd be interested in hearing about them in the comments section.

Writer's Digest Self-Published Book Awards
Writer's Digest has a list of writing awards and is well-established in the industry.  This one has a grand prize of $8,000 and an entry fee of $110. It also offers a variety of lesser perks as well as very significant notoriety.

National Book Awards
Annual awards for various categories through the National Book Foundation. This is not open to independent novelists, but is open to novels released through independent publishers. Very prestigious.

The Folio Prize
It is theoretically possible for an indie novel to win this, though unlikely.

Damien G. Walter, columnist at The Guardian, posted a review of The Vathiriel Blade this morning on his site.


Game of Thrones meets Jack Reacher – The Vathiriel Blade is in the top rank of indie published fantasy novels.

The collapse of a regime can be a brutal affair. It’s something we’ve seen too many times in the the last decade, as dictatorships across the Middle East have fallen…and sometimes risen again. It’s imagery of the execution of Saddam Hussein or Muammar Gadaffi that author Mark Brantingham summons in the opening set piece of The Vathiriel Blade, a new indie published fantasy novel that sets a high bar for the field.

King Dwyer fought his way to power, but now his fortress is surrounded by the armies of a new challenger, and defeat is certain. Beside the king is his loyal captain, Sean Fitzpatrick. The early scenes of The Vathiriel Blade lay the ground for a prototypical epic fantasy adventure of kings battling for power. Instead the reader is blindsided as Dwyer is quickly defeated, his forces butchered, civilians murdered, and the full brutality of regime change unfolds.

Captain Sean Fitzpatrick, pardoned by the challenger king, is one of the few survivors. After witnessing the death of his wife and child in the aftermath of battle, Sean has little reason to embrace his existence. But the kindness shown to him by a simple farming family opens Sean to the potential of a different kid of life, one dominated not by violence and hatred, but by peace and love. Perhaps even a life in the small town of Skoagy where he washes up after the war. But as readers we know, powerful forces will step in to stop Sean finding that happiness.

If the early set-up echoes Game of Thrones, the real story of The Vathiriel Blade is a fantasy themed “stranger comes to town” narrative in the style of Jack Reacher, the drifter hero created by Lee Child. The town of Skoagy is a fantasy take on exactly the kind of one horse town the stranger commonly washes up in, which in turn places Brantingham’s tale firmly in the emerging Weird Western genre. The town's villains, up to their armpits in a land grab of local farms, take some inspiration from Al Swearengen and crew in the classic Deadwood.

All of this makes for a highly appealing genre mash-up. Brantingham winds the tension up in a long, quiet build of subtle character work before Sean Fitzpatrick is forced to face both Skoagy’s dark side, and his own violent past. The return of Solomon, the town’s enforcer, from the same war that claimed Sean’s old life, produces a violent conflict that resonates far more deeply than the petty murder which ignites it.

The Vathiriel Blade’s ambition is remarkable. At times Brantingham doesn’t quite carry off the narrative tricks he tries to pull on the reader. The novel’s opening set piece of King Dwyer’s fall is over-long and there isn’t a strong enough set-up to pull readers through to the main body of the story. Sean Fitzpatrick, as the story’s protagonist, is too often overshadowed by shifts of point-of-view to other characters, especially in the narrative’s first act where the decision to treat him as a “hidden protagonist” undermines much of the story’s potential appeal. Brantingham’s character work is a little too subtle for the genre material he is playing with, and the middle of the book sags a little without an immediate focus of action.

These criticisms fade away when Brantingham unleashes the narrative dynamics that bring The Vathiriel Blade to its satisfying climax. Genre collisions are technically tricky to pull off, but despite some teething problems, there’s more than enough in Brantingham’s “stranger comes to town” fantasy to make it a compelling read. There’s clearly a potential series in The Vathiriel Blade, and with a strong high concept and good delivery, it’s one many readers will find pleasure in.

Posted by Unknown at 5:40 AM No comments: